Kia showed the interior of the new Mohave

The company Kia has published the first design sketch, giving an idea of the large SUV Mohave new generation. Judging by the picture, the interior of the model will differ significantly from its predecessor.

The interior of the SUV largely resembles the flagship sedan K900 new generation. In particular, the Mohave the same selector of the transmission, the air duct of the climate system and a fully digital instrument panel diagonal of 12.3 inches. The designers decided to abandon the display concluded in a separate block, in favor of a more traditional scheme with a screen in the front panel.

In addition, inside there is a new selector driving modes: Comfort, Eco, Sport, Sand, Mud, and Snow. Among the options: head-up display, Lexicon audio system with 15 speakers and seats with ventilation function. 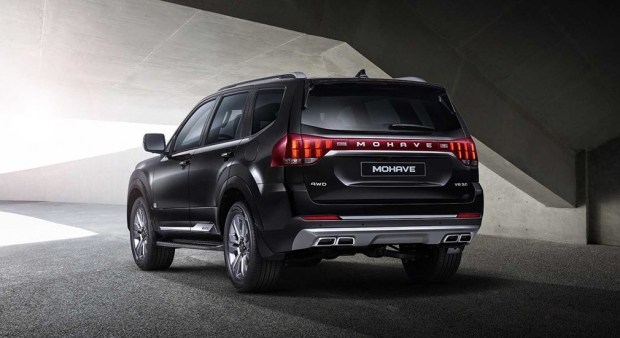 At the time of start of sales of Mohave will be available at the three-liter turbodiesel V6, developing 260 HP and 560 N·m of torque. The motor works in tandem with an eight “automatic” and all-wheel drive system with electronic control. The steering is performed according to the scheme R-MDPS — with the location of the motor on the steering rail.

The list of electronic “help” included a system to prevent frontal collisions, the function of the rule of lane traffic control system “blind” zones, adaptive cruise control with full stop and start movement as well as function monitoring driver fatigue and help when going from reverse Parking.

In South Korea, sales of new SUV will start in September, and later the model will reach other markets.