Updated SEAT Ateca. What to expect?

Brand SEAT has revealed the first information about the restyling of the crossover Ateca. The model will change in appearance, will have better interior, multimedia with access to online services and a revised range of engines. The public debut is scheduled for June 15 of this year.

The only teaser gives an idea of how to change the cabin “Aceki”, but the metamorphosis of appearance he is not hiding. To identify the updated crossover will be other lamps with dynamic turn signals, the shape of the Ateca made font, stylized handwriting, like the new Leon, and the design of the lower bumper.

In the range of engines SEAT Ateca should receive a hybrid powerplant from Leon eHybrid. It consists of a 1.4 turbo engine, six-speed “robot” and the electric motor, and the hatchback develops 204 horsepower. Previous units – petrol 1.0 and 1.4 TSI and the diesels are 1.6 and 2.0 TDI – will remain in service. 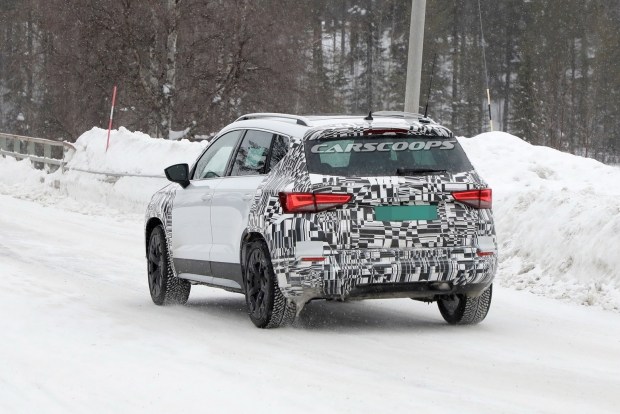 Updated “Ateco” it is still possible to retrofit a set of off-road components JE Design, which is introduced in 2018. Atelier proposed to set the crossover fender flares, spoiler and optional led lighting, and 20 mm to increase ground clearance (up to 208 mm).

Also I suggest you see the review SEAT Ateca from the team InfoCar.ua:

Waymo drone created a cork and "flow" from technical support

Cadillac CT5 Sport Wagon: what the "killer" of the Audi RS6 could be

New Polo is available for pre-order

Ford Evos: what is known about the Mondeo successor?

Toretto's favorite car. No, not Charger or even Mazda RX-7