VW failed: ID.3 will have to wait

Due to problems with the software and quarantine restrictions in connection with the coronavirus Volkswagen company was unable to fulfil his promise and bring to market electric hacthback ID.3 this summer. Now the company reports that the first cars will be shipped to customers in September, and subsequently, they need an upgrade, as long as they have something not work – don’t have time to finish!

About the problems with electric cars Volkswagen ID.3 we in detail told in March of this year. Then it became clear that critical to the company model presented as a finished product in September of 2019 and put into production in November of the same year, is in fact prefabricated hardware without the software. Cars off the Assembly line in Zwickau went not to the dealers, and in secret warehouses in anticipation of the pouring of the software, which Volkswagen in emergency mode “was finished”. Western media believe that the problems with the run ID.3 cost Hg Diss, the head of Volkswagen, the loss of direct control over the mark with the same name – she this week received a separate Trustee in the person of Ralph Brandstetter.

By early may it became clear that Volkswagen will not be able to produce 100 thousand ID.3 this year, as originally planned. The calculations showed that the company will have time to do before 1 January in the best case, 20 thousand electric hatchbacks, while the number of pre-orders has already reached 35 thousand. That is, it became clear that everyone in the summer your car will not get the representatives of the brand spring still insisted that sales start in the summer and that all the problems with by the time will be solved. 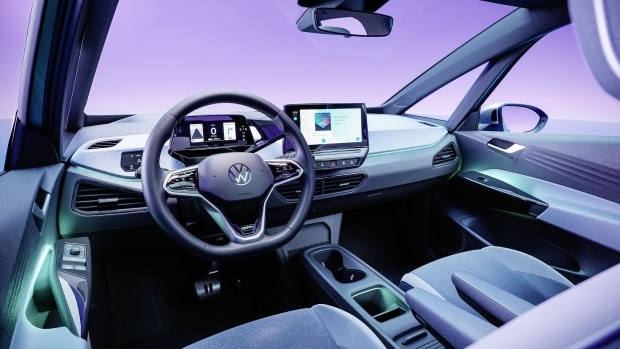 Alas, it did not happen. After change of the head of the brand was followed by a press release stating that the official sales ID.3 start 17 June, and the delivery of the ordered cars will begin in September. In the first four weeks after June 17 you can buy only the starting execution ID.3 1st in three fixed configurations and the priority ordering will be customers who already pre-ordered and paid a Deposit of 1000 euros. Pre-orders, recall, started already in may last year. Appropriately the one who left the application before the others, the sooner we get ready the machine. Here is rush, it seems, is not necessary, as machine still not quite ready…

No, hatchbacks ID.3 this is not “canned” as it was called by the German media gathering dust in the warehouses of the machine without the software, but the first copies will still be deprived of some functions, and it will not support communications with smartphones via Apple CarPlay and Android Auto, and will not work widescreen projection screen. These features earn only early next year after the upgrade AT the dealer. Specify that this official statement, and the difficulties faced by the owners of the first cars in practice, we have yet to learn.

Curiously, the machines, shipped to customers “in the fourth quarter” of this year, i.e. after September will already be full. Why, then, the September cars need to wait for updates until 2021? On this question too the answer is no. Venture to suggest that the September machinery – these are the warehouses, that is, some of them have de facto released in 2019, and in the fourth quarter to consumers, will start to arrive very fresh specimens, which poured from the plant in Zwickau. If so, then the more do not rush with the purchase.

The exact prices of ID.3 is still to be announced. We only know that the base at the moment, the 1st version will cost less than 40 thousand euros, more richly equipped 1st Plus less than 46 thousand euros, top 1st Max – less than 50 thousand Euro. The versions differ only in equipment and trim (for example, only the Max version is broken until the large screen augmented reality), and the power plant all have one: the battery is at 58 kWh (440-km WLTP on a single charge), the only motor output 150 kW (204 HP) and 310 Nm rotates the rear wheels.

Did You know that there is a steep InfoCar Telegram-channel?

and learn the results of the survey

Most of the demand will obviously have the most accessible version with a price of less than 40 thousand euros, so as soon as it is subject to the maximum government subsidies in Germany when you buy you can save up to 9000 euros! Later in the sale will be the basic version with battery 45 kW·h and a cruising range of 330 km for less than 30 thousand euros, that is in fact less than 22 thousand euros. Good suggestion, of course, if the machine will work fine.

Opel can turn Astra into a "crossover"

30-year-old Honda that you definitely want to buy

Electric car Ekonk is able to cool the battery "breathing"

Mazda MX-5 will not become an electric car