New electric crossover will be manufactured in China at two factories in different versions – ID.4 Crozz and ID.4X. Will appear in the second half of this year.

The following new “female” of the family after the hatchback VW ID.3 will be crossover ID.4 is the name for the model of the German company confirmed in early March of this year, was presented pictures of the prototype in camouflage tape. It is known that the production of the electric SUV will establish in particular and in China, so it’s no surprise that photos of the production car without camouflage appeared in the database of the Ministry of industry of the PRC. 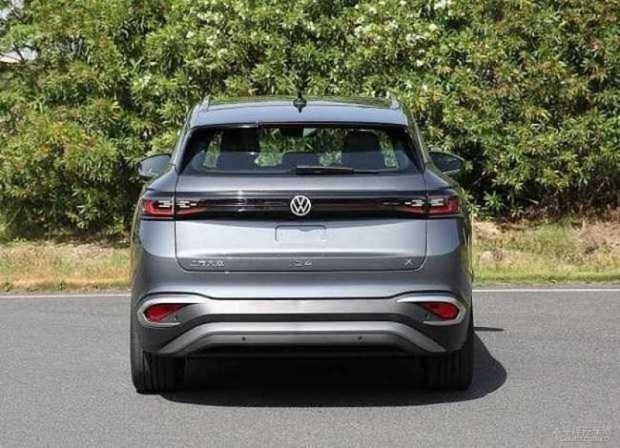 To be precise, not a car, and cars: the fact that China is electricross will be produced in two factories. So, at the facilities of the joint venture FAW-Volkswagen will establish a production ID.4 Crozz and JV SAIC-Volkswagen will go ID.4X. Visually, the SUV will differ from each other in the form of the led head optics and rear light (in both versions they are joined together across the entire width of the stern), the design of both bumpers, decorative exterior elements. The “truck” they have one – is a modular platform MEB (Modulare E-Antriebs-Baukasten), which is also based the firstborn of the family ID.

According to information published on the website of the Chinese Ministry of industry, the size of the base wheels for electrogressive will be 19 inches and the more expensive versions get 20-inch. The equipment must also include Parking sensors and cameras of the circular review. Information about the cabin ID.4 yet.

So far for ID.4 Crozz and ID.4X announced only one version of the “stuffing”: the only 204-horsepower electric motor (torque – 310 Nm), which was handed down from firstborn of a “green” family. The maximum speed of these RWD cars is 160 km/h. Probably will later appear and all-wheel drive variants with two electric motors (one for each axis). By the way, this system was the concept ID Crozz – the cumulative effect of the two electric motors is 305 HP (450 Nm).

Also, the database of the Ministry of industry of the PRC has pictures of the serial liftback and station wagon Volkswagen CC, both in version R-Line, judging by the nameplate on the side (in other markets, VW Arteon). We will remind, in the beginning of this month the company published the updated picture of the liftback and the “barn”, and also revealed the premiere date – both models show June 24.

“Refreshed” liftback received a different design of the “front end”, including the head optics and grille, as well as other lights and bumpers. Universal in China, apparently, will be sold only in a cross-version: the photos from the database of the Ministry of industry he is pictured with an unpainted plastic kit on the perimeter of the body and roof rails. Its length (4869 mm) is almost the same as the liftback (4865 mm), the difference is due to the lining; wheelbase is the same (2841 mm).

For Volkswagen CC is the claimed one engine – a 2.0-liter gasoline turbo TSI with the recoil 186 HP, which is equipped with a seven-speed automatic transmission DSG with double clutch. The maximum speed is 210 km/h. Note, the European Arteon motor gamma will be richer: it will include a including version plug-in hybrid.

How to get a free Bugatti

I AM DRIVING THE $8M BUGATTI DIVO!

The New Audi R8 is a Lamborghini at a lower price